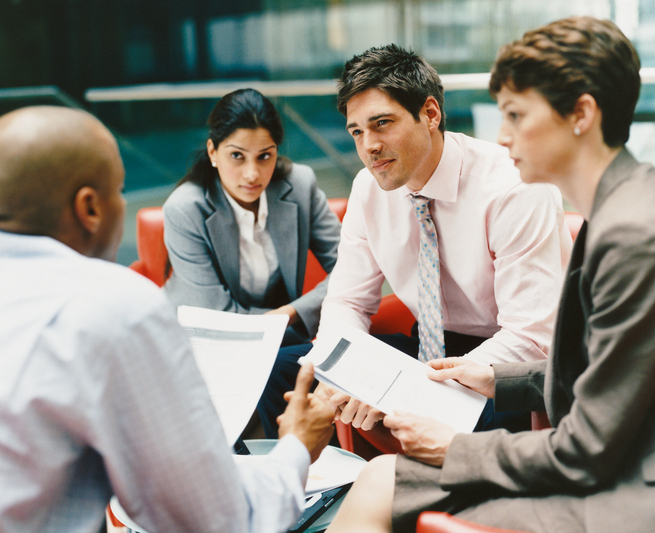 For several years now, franchisors have been the subject of attention in the labor and employment law arenas, and new rules and regulations are challenging franchise relationships in a number of ways.

By now, you have heard the term “joint employment,” and we also suspect you have heard about the position taken by the National Labor Relations Board that McDonald’s USA, LLC, the franchisor of one of the world’s most storied fast-food franchises, is the “joint employer” of the employees of its franchisees. In other words, according to the NLRB, McDonald’s USA should sit down and bargain with those employees regarding the terms and conditions of their employment, and it should be a national matter. The NLRB’s position is borne from an analysis that assumes McDonald’s USA has “indirect control” over the terms and conditions of employment of the employees of the franchisees.

McDonald’s USA is far from alone. The NLRB is pursuing other franchisors similarly, and it is not the only government agency looking at this issue. The U.S. Department of Labor has been examining the operations of numerous franchisors, and last week the DOL announced a voluntary compliance agreement with Subway (the franchisor) that will involve a collaboration between Subway and the DOL to improve compliance with wage-hour issues at franchisee operations. In May, the New York Attorney General sued Domino’s Pizza, Inc., for “wage theft,” arguing that the corporation is the joint employer of three franchisees’ delivery workers in the New York City area, and responsible for minimum wage and overtime violations, as well as obligations to reimburse certain expenses.

In the theoretical context, these claims are commonly labeled claims of vertical joint employment:  according to the theory, the employees at your local McDonald’s restaurant are economically dependent upon franchisor McDonald’s USA and employed by the local restaurant as a mere intermediary to the national entity. By contrast, in a horizontal joint employment arrangement, two restaurants (or other entities) with common ownership share and thus, jointly employ, their employees. The DOL has recently issued guidance on these concepts that includes helpful diagrams.

One criterion commonly used to determine whether a vertical joint employment relationship exists is whether the top-level employer in the vertical chain (here, the franchisor) “directs, controls or supervises” the work performed by the franchisee’s employees. Of course, franchisors do not “direct, control or supervise” the work performed by employees of the franchisees in the practical sense. For example, no one from McDonald’s USA assigns a worker at a particular McDonald’s restaurant in Tallahassee to the French fry machine or the drive-through window for the day, or recommends or administers discipline for excessive absenteeism.

However, as many scholars on franchising law will point out, franchisors must continually monitor the franchisees’ performance in maintaining brand standards. This is because every franchise is premised upon a trademarked “brand” and the licensing of that brand to franchisees. A Domino’s pizza must taste the same whether it is purchased in New York City, Dubuque, or Barstow, and all of its franchisees and employees must have a uniform and consistent “look” and standards of customer service. Indeed, basic trademark law requires that the holder of the trademark (here, the franchisor) make sure that the trademark is being utilized properly, or its value will be diluted and even lost.

Franchisors monitor franchisees’ use of the trademark brand in logical and expected ways, including field visits, spot checks, and audit checklists. The persons who do these audits are typically given some form of “support manager” title, but the monitoring that occurs, coupled with the title itself, can sound “supervisory” and “controlling,” which can lead to a finding of joint employment.

The difference between “monitoring” and “supervising” is nuanced, but here are some basic dos and don’ts for franchisors who want to avoid having their “support managers” deemed to be “controlling supervisors.”

For franchisors, the “joint employment” label can be high-stakes, but careful franchisors who are sensitive to issues like those set forth above will have a better chance persuading government regulators or the courts to respect their separate status.