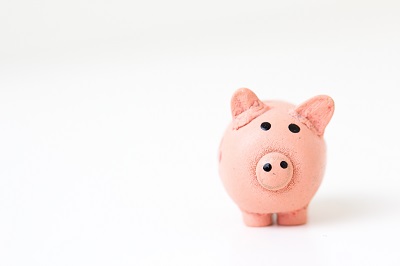 With the election of a new President, health care plans and the fate of the Affordable Care Act are a hot topic of discussion. As part of his 7-tier health plan, President-Elect Donald Trump has proposed a shift in the way health savings accounts (HSAs) are offered to working Americans. Simply put, an HSA is a savings account for medical expenses. They are tax advantaged accounts an individual can open in addition to their current health plan to pay out-of-pocket expenses ranging from co-pays to surgery deductibles. Typically, HSAs have been offered to individuals with high deductible health plans (HDHPs). However, if the President-Elect’s new health plan strategy is enacted, an HDHP would no longer be an eligibility requirement, significantly impacting healthcare options for millions of Americans.

HSA vs. FSA – Which one is right for you?

When choosing a savings account for medical expenses there are two options: HSAs and FSAs. Each type of account is generally non-taxable for qualified medical expenses, except under certain circumstances in which a medical expense was incurred prior to opening an HSA, and each is accumulated by contributions from your paycheck. Some employers offer HSA and FSA matching contributions.

In the past, there have been some prominent differences between health savings accounts and flexible spending accounts (FSAs). Traditionally, FSAs have been the option for those who choose health plans with low deductibles. The money you contribute from your paycheck into your FSA account must be spent within the year, and cannot be rolled over. Conversely, you must have an HDHP to open an HSA, and funds accumulated from paychecks can be rolled over into the next year if left unused.

Accumulating tax advantages have made HSAs more popular and beneficial in comparison to FSAs. When it comes to changing jobs, HSAs typically are not affected, while FSAs are impacted due to restrictions in rollover of funds. However, FSAs do not have eligibility requirements, which have made them more widely available to individuals.

What’s Next? How HSAs would change under Trump’s health plan

Trump’s new health plan would make HSAs readily available to everyone by removing the HDHP eligibility requirements that are currently in place. In addition to this drastic barrier removal, Trump has said he will change policy to allow families to share the accounts between one another. Any contribution or interest-earned by an HSA is tax-deductible, and individuals with HSAs can withdrawal money tax-free for certain medical expenses ranging from transplants to acupuncture. The combination of these three tax-advantages creates an unmatched savings option for those who choose HSAs. While Trump has said he will change some factors of HSAs, he plans to keep these tax advantages.

Who will benefit from the new HSA model?

In the past, HSAs have been more attractive for retirees. Health care costs tend to rise in the retirement stage of life, which makes an HSA a more cost-efficient option for retirees. Since individuals are allowed to take out money for medical expenses without being taxed, retirees have the potential to save large amounts of money in the later stages of their life. However, under Trump’s proposed plan, HSAs will also become increasingly attractive for younger people. Because individuals will continue to be allowed to roll over money contributed to their HSA in a given year into the next, young and healthy people will be able to save sizable amounts for use later in life.

While much remains to be seen about which aspects of President-Elect Trump’s health plan will be enacted when he takes office, take the time now to educate yourself on how an HSA can work for you.