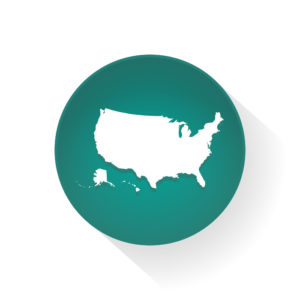 As of August 1, 2017, the Occupational and Safety Health Administration’s (OSHA) new electronic portal, the Injury Tracking Application (ITA), is available for employers to file web-based reports of workplace injuries or illnesses.

The 2017 filing season for the VETS-4212 started on August 1, 2017 and ends on September 30, 2017. The Vietnam Era Veterans’ Readjustment Assistance Act of 1974 (VEVRAA) requires federal contractors and subcontractors subject to the act’s affirmative action provisions who enter into or modify a contract or subcontract with the federal government, and whose contract meets the criteria set forth in the law, to annually report on their affirmative action efforts in employing veterans.

The U.S. Department of Labor’s Veterans’ Employment and Training Service has a legislative requirement to collect, and make available to the Office of Federal Contract Compliance Programs, reported data contained on the VETS-4212 report for compliance enforcement.

On July 28, 2017, the Occupational Safety and Health Administration (OSHA) revised its online whistleblower complaint form to help users file a complaint with the appropriate agency. OSHA administers more than twenty whistleblower protection laws, including Section 11(c) of the Occupational Safety and Health (OSH) Act, which prohibits retaliation against employees who complain about unsafe or unhealthful conditions or exercise other rights under the Act. Each law has a filing deadline, varying from 30 days to 180 days, that starts when the retaliatory action occurs.

The updated form guides users through the complaint process, providing essential questions at the start to assist users in understanding and exercising their rights under relevant laws. The new system also includes pop-up boxes with information about various agencies for individuals who indicate that they have engaged in protected activity that may be addressed by an agency other than OSHA.

In addition to the online form, workers may file complaints by fax, mail, or hand-delivery; contacting the agency at 800-321-6742; or calling an OSHA regional or area office.

View the new online form in English or Spanish

The McNamara-O’Hara Service Contract Act requires contractors and subcontractors performing services on prime contracts in excess of $2,500 to pay service employees in various classes no less than the wage rates and fringe benefits found prevailing in the locality, or the rates (including prospective increases) contained in a predecessor contractor’s collective bargaining agreement. The DOL issues wage determinations on a contract-by-contract basis in response to specific requests from contracting agencies. These determinations are incorporated into the contract.