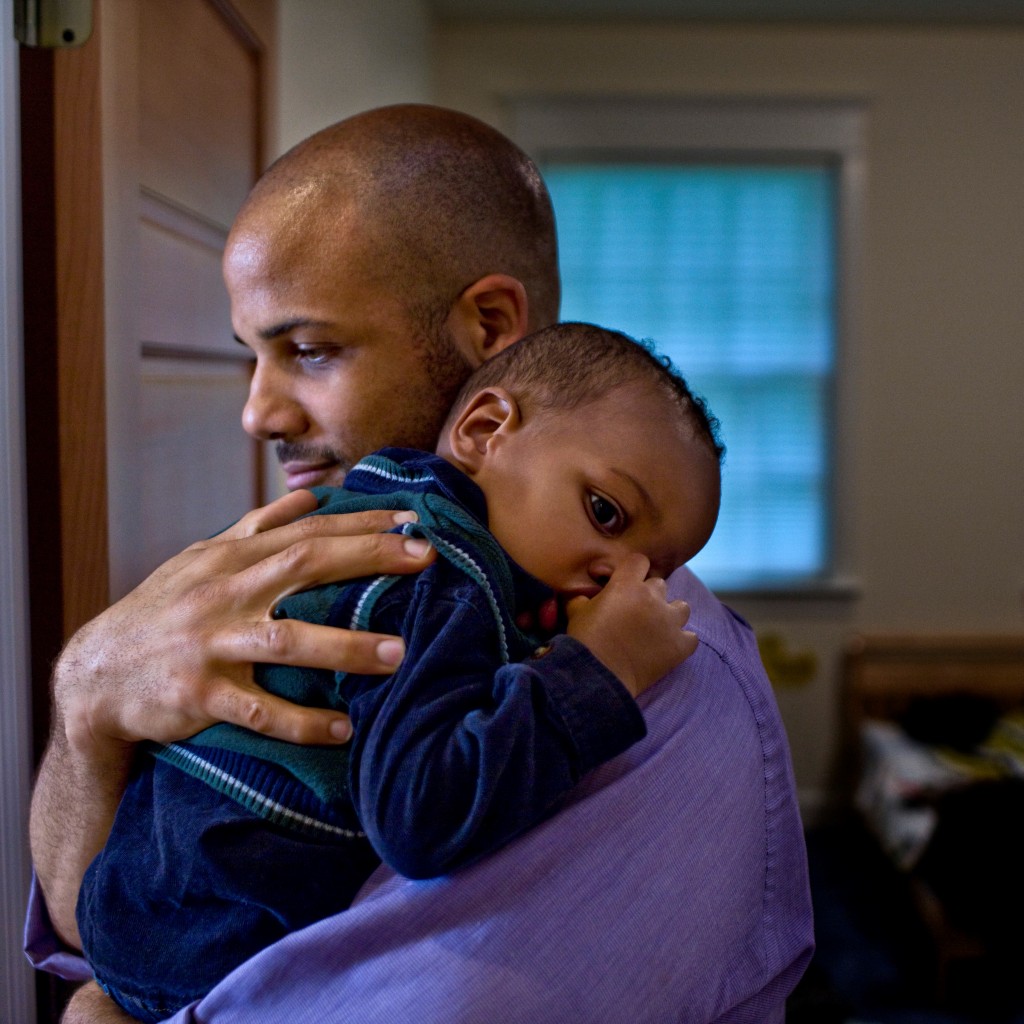 After receiving more than 35,000 comments, the DOL made very few substantive changes from the proposed rule, and as we noted then, the administrative burdens that this Rule will place on covered contractors is significant. Although we cannot cover every detail of the new requirements in a bulletin, this overview reveals in part how complicated and difficult compliance will be.

Which contractors are covered?

Generally, the same contractors that are covered by the regulations implementing the Executive Order Establishing a Minimum Wage for Contractors will be covered by these new requirements. Specifically, employers with the following contracts will be required to provide paid sick leave to their covered employees:

Contracts are not covered if they are subject only to the DBA-Related Acts, are grants, are with Indian Tribes, or are subject to the Walsh-Healy Public Contracts Act – that is, contracts for the manufacturing or furnishing of materials, supplies, articles, or equipment to the government. In addition, the requirements apply only to those contracts, or portions of contracts, that are performed in the United States.

When will contractors become covered?

Which employees are entitled to paid sick leave?

Employees who “perform work on or in connection with” a covered contract will be entitled to accrue and use paid sick leave in certain circumstances. To be covered, the employee’s wages must be governed by the DBA, the SCA, or the Fair Labor Standards Act, including those employees who are exempt from the FLSA’s overtime requirements.

How much paid sick leave must be provided to covered employees?

Contractors must provide at least 1 hour of paid sick leave for every 30 hours worked on or in connection with a covered contract, up to 56 hours a year (seven 8-hour days). Although the DOL proposed that contractors be required to calculate each employee’s accrual of paid sick leave “no less frequently than at the conclusion of each workweek,” it modified the regulatory text to mandate accrual of paid sick leave only at the end of each pay period or each month, whichever is shorter. Paid sick leave carries over from one accrual year to another, but contractors are not required to allow a total accrual of more than 56 hours at a time. In addition, any leave carried over does not count toward the 56 hours for the next accrual year.

In addition, the Final Rule does not apply immediately to certain employees covered by a collective bargaining agreement. If an employee works under a CBA that was ratified before the date the Final Rule was issued (September 30, 2016) and the CBA provides at least 56 hours of paid sick leave per year, the requirements of the Final Rule do not apply until the CBA terminates or January 1, 2020, whichever is earlier. If the CBA provides less than 56 hours of paid sick leave, however, the contractor would have to provide “top up” paid leave sufficient to equal 56 hours to take advantage of this temporary exception.

When can paid sick leave be used?

Employees may request leave orally or in writing, and in person, by telephone, or by email. Requests for leave should be made at least 7 calendar days in advance when the need for the leave is foreseeable. If not foreseeable, employees are expected to provide as much notice as practicable under the circumstances. Although the request for leave should include an estimate of the amount of time needed by the employee, “the contractor may not hold an employee to the estimate provided in the request.”

Contractors must respond to a request for leave as soon as practical. The DOL suggests that this will often happen “immediately or within a few hours.” If a contractor denies a request for leave, the denial must be in writing with an explanation of the reason. If denied due to insufficient information, the contractor is required to provide the employee an opportunity to submit a corrected request. If the denial is based on a request to use paid sick leave during a time when the employee is not working on a covered contract, the denial must be supported by records showing the employee’s time on covered and non-covered work.

When can a contractor require documentation supporting a need for paid sick leave?

The only time a contractor can require documentation from a health care provider (or other documentation if the leave is related to domestic violence, sexual assault, or stalking) is when an employee is absent for three or more consecutive full work days. Moreover, such documentation can be mandated only when the employer informs the employee of the need for such information before the employee returns to work. Such notice must be made “in a manner reasonably calculated to provide actual notice of the requirement to employees.”  For example, employees can be put on notice of such a requirement by periodic email reminders or a prominent display on a web page where employees can request leave. A general policy or handbook provision is likely to be considered sufficient only if employees can refer to it “at later dates,” presumably meaning they have access to their own employee handbook or it is available online.

Yes, as long as the Paid Time Off policy satisfies all of the regulatory requirements. The preamble to the Final Rule discusses this topic at length and provides numerous examples. In summary, if a contractor provides 56 hours of PTO that can be used for any purpose, the contractor does not have to provide separate paid sick leave even if the employee uses the PTO for purposes not covered by the Rule, such as vacation. However, for PTO policies that provide more than 56 hours of paid leave, contractors must either “(1) provide all PTO used for the purposes described in the Final Rule in compliance with all of the rule’s requirements or (2) track, and make and maintain records reflecting, the amount of paid time off an employee uses for the purposes described in the rule, in which case the contractor need only provide, for each accrual year, up to 56 hours of PTO the employee requests to use for such purposes that complies with the rule’s requirements, such as for certification, documentation and recordkeeping.”  In other words, if the contractor does not track what time is being used as paid sick leave – as opposed to vacation or other leave – and adopt all the requirements of the Rule for that time, then “all of an employee’s requests to use paid time off . . . must be provided in compliance with” the Final Rule (emphasis added).

Contractors have the option of amending existing PTO policies to comply with the new requirements or adopting separate paid sick leave policies.

Is there an anti-retaliation provision?

Yes. Contractors are prohibited from interfering with employees’ rights or use of leave, and from retaliation. The following actions would be considered interference:

In addition, contractors cannot discharge or discriminate against an employee for

Further, considering any of the above as a negative factor in any employment decision, including counting paid sick leave under a no-fault attendance policy, is unlawful.

How will the regulations be enforced?

Neither the Executive Order nor the final rule creates a private cause of action. Therefore, the Wage and Hour Division of the Department of Labor will investigate compliance and determine whether a violation occurred. Depending on the type of violation, possible remedies include the following:

What language must be included in contracts?

What records must be retained by covered contractors?

The following records must be kept by contractors on each employee during the course of the covered contract and for three years thereafter:

Do contractors have to provide notice to employees?

Yes. Contractors are obligated to notify all employees performing work on or in connection with a covered contract of the paid sick leave requirements. The DOL has issued a poster that must be displayed prominently at the worksite. If the contractor customarily posts notices electronically, it may satisfy the notice requirement by posting the notice on a website that is normally used for notices to employees regarding their terms and conditions of employment.

Even if a contractor already provides 56 or more hours of paid sick leave, it must review its policy in conjunction with the requirements of the Final Rule to ensure that it complies with the myriad of additional obligations. If a contractor works in areas where state or local laws govern paid sick leave, it must ensure that it is complying with the most generous obligations and that it also satisfies the mandates in the Final Rule. Although the paid sick leave requirements will not affect every contractor beginning January 1, 2017, those contractors that do not closely track new or modified contract dates may choose to implement the new requirements voluntarily by January 1. Some contractors will also have to decide whether they will adhere to strict application of the Rule and provide sick leave only to those employees working on or “in connection with” covered contracts, or, for morale reasons (and easier administration, perhaps), provide it to all employees regardless of actual coverage.