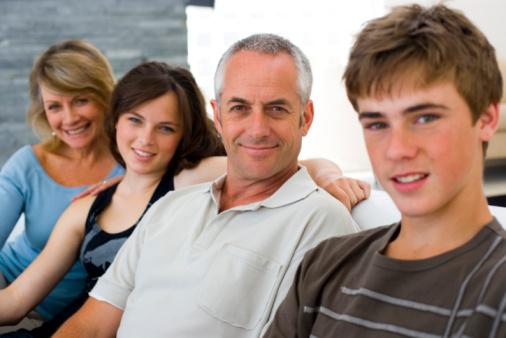 Many people in their 40s are facing an uncomfortable fact: They simply aren’t where they’d hoped to be financially. Fortunately, all their life experience can help correct for past mistakes.

“There’s a different trigger moment for everybody,” says Jay Howard, financial advisor and partner at MHD Financial in San Antonio, Texas. “But regardless of when it comes, people find themselves looking down the barrel of a gun as they consider retirement.”

One challenge is that it’s impossible to advise 40-somethings based on tidy “life stage” demographics. Some are just starting families, while others are sending offspring to college. They’re married, single, divorced, and just about everything in between.

But for those still grappling with financial instability, these four principles can help in moving forward with confidence:

1. Acknowledge what you’ve done right.
It could be one great decision sandwiched in between some fails, or just a single good habit that can mitigate the impact of a host of wrongs.

Take the example of Kiera Starboard, a 46-year-old controller at a San Diego software firm. A mom to two adult sons and a teenage stepson, she always made having sufficient life insurance—both term and permanent—a priority, the result of her previous training as a financial advisor. “Even if it was tight, I made the payments,” she says. “It was a priority for my family’s sake, and for my own peace of mind.”

Unlike the 40% of Americans who have no life insurance, Starboard was protected when the unthinkable happened last August. Less than two years into her marriage, her husband, Steve, was killed while riding his motorcycle to work—one month after they purchased a small, additional life insurance policy to supplement his employer coverage.

“To have had to deal with financial stress on top of everything else, it would have been unbearable, incapacitating,” says Starboard. “My stepson and I are certainly in a much better position today than we would have been, had Steve and I not followed the advice I used to give to others.”

2. Take action to shore up the decades ahead.
For many, the hardest part can be learning to put your own long-term future first—sometimes for the first time in your life.

“I see people focusing on their kids’ college savings, and not enough on retirement or an emergency fund for themselves,” says Starboard. Many advisors point out that kids can borrow for college if necessary, but no one can borrow for retirement.

The most important step is clear, says Howard: “You must have a written financial plan, period. Because that plan will dictate what you must do to be successful for the entirely of your life.

“The financial plan is your road map,” he continues. “In it will be your portfolio requirements, your savings goals, and your insurance-related needs.”

Finally, make sure your plan takes inflation into account, commonly estimated at 3% a year. Says Howard, “Inflation is the silent assassin that eats away at your nest egg.”

3. Apply the hard-fought wisdom you’ve gained.
“Treat the numbers determined by your plan—such as monthly savings—as bills that need to be paid,” advises Howard. When money comes in, it’s easy to start thinking of a new kitchen or a trip to Tulum. “Just be patient and keep the bills paid.”

Using that wisdom also applies to the big stuff. As the executor to her husband’s estate, Starboard has held back making any major decisions. “In a prior loss, I committed to real estate transactions and other things prematurely. At the time, it really felt like the right thing to do but my grief clouded my perception. I had a painful, expensive learning lesson.”

4. Focus on your shining future—really.
Forward thinking is an essential part of your financial plan, says Howard. “Get help really envisioning what kind of retirement you want. For each aspect, really drill down. For instance, where do you want to live? Do you want to be near your grandkids? Will you have the money to go see them? How often? It’s not just financial planning, it’s life planning.”

If all that forward thinking feels presumptuous, Howard recalls the eminently quotable Yogi Berra, who once said, “If you don’t know where you’re going, you might not get there.”

And finally, remember the simple refrain: it’s never too late.